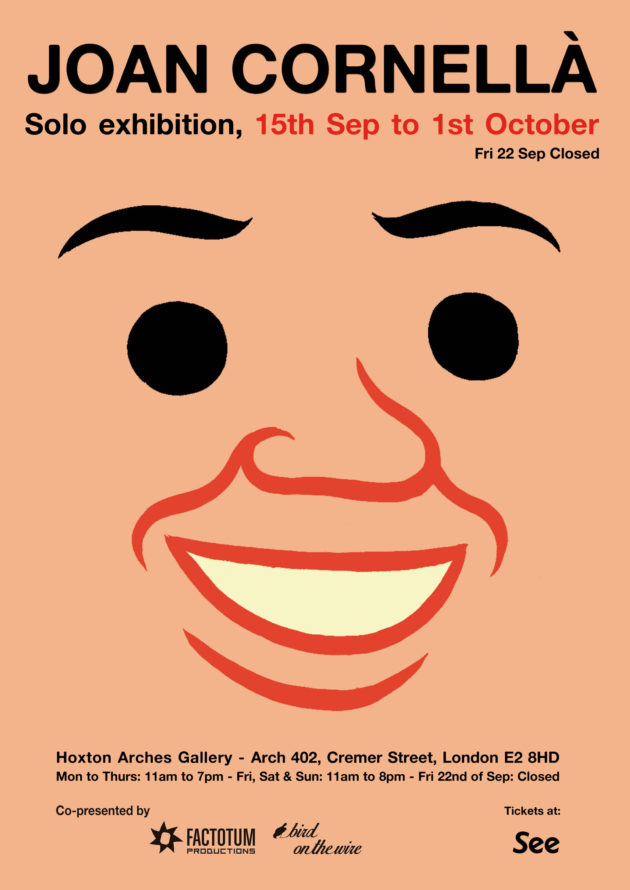 Joan CornellĂ : A London Solo Exhibition
co-hosted by Bird On The Wire & Factotum Productions
Friday 15th September – Sunday 1st October
Joan CornellĂ  and his debut collection of work come to London later this year. The Barcelona based cartoonist and illustrator who is famous for his works imbued with unsettling, surreal, and black humor, will be exhibiting over 17 days at Hoxton Arches.Â
Â

Through simplistic visual language, he satirizes the sinister and often bleak side of humanity through unconventional scenarios. In these times of extreme hypocrisy, the artist sheds some light onto ourselves, unveiling human nature in CornellĂ ’s notoriously disquieting manner.

The exhibition will include new canvas paintings and limited edition illustrations, as well as books, shirts, and prints available for purchase. Joan will be signing copies of his new book, SOT, on various occasions across the exhibition.